The MCA forums are a public service offered by the club devoted to promoting the enjoyment and preservation of the Merkur Scorpio and XR4Ti
http://forum.merkurclub.com/forum/

by DecalService
Yeah, I'm with you. The previous owner stated that buyer opted for the bi-plane. That's something I would have done as well, that bi-plane was such a striking and bold design for that time. my '89 is jealous of my '86 for sure. I personally think that Rapido fumbled on that front. It could be a point of contention though. I do know that the original registration on the car was "RAPIDO", so I decided to take their word for it as they supplied the documentation. Truth of the matter is, I can't 100% prove it one way or another, but maybe I can contact Rapido (unsure if they'll have records) or pick Brad Anesi's brain a little more. He awarded this car with the celebrity's pick award at Carlisle and notated that it was the Rapido variant on the award.

by merkurdriver
Registration for a personalized license plate that read "RAPIDO" ?
Or something specific besides a personalized plate?
Both of the '87 Rapido XR's I had said nothing additional on the title / original registration. Just "Merkur XR4Ti"

How about the little plaque in the center of the window switches? 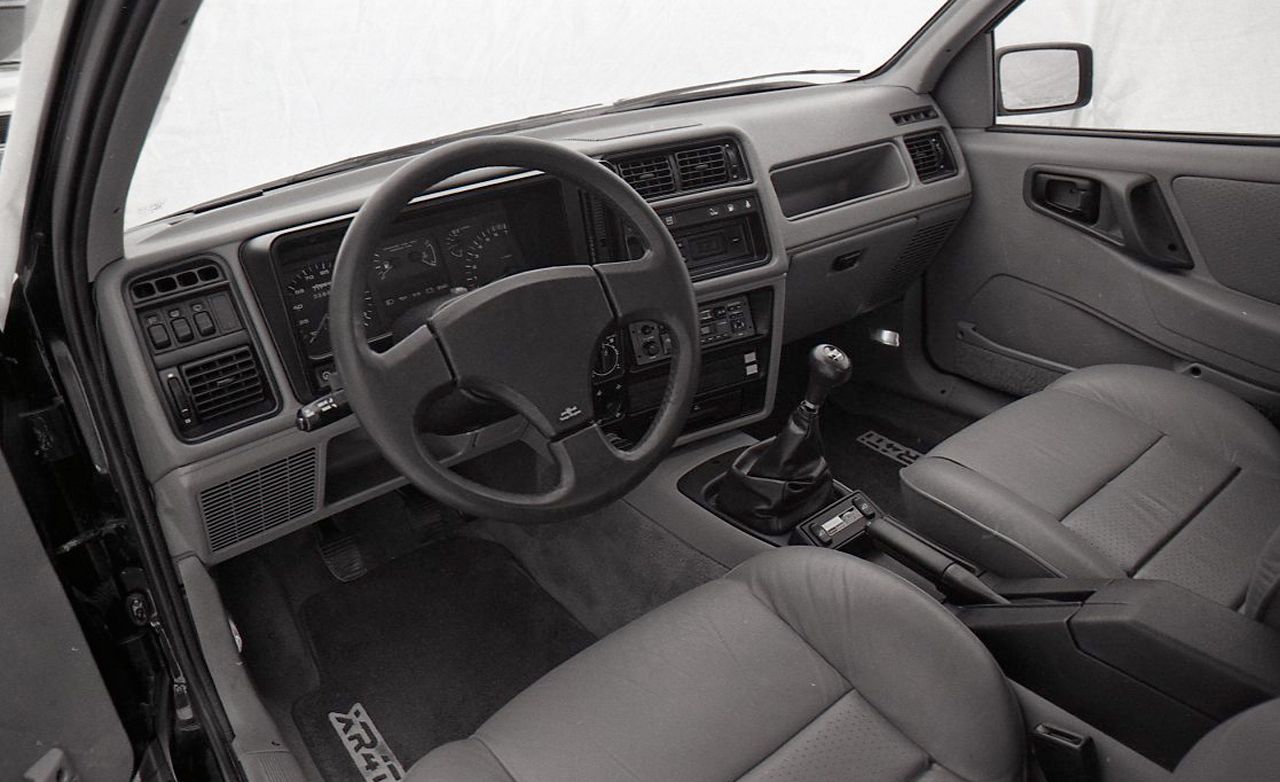 Sorry for the interrogation, just curious.

I remember when your car surfaced in the New England area at an auction or estate sale. Time capsule beauty for sure.

by DecalService
No, no, I don't see it as interrogation at all... this is good!, Allows me to learn more about this car. When I bought it, I was looking for something exactly like this. I paid a hefty sum, but it was all ready to go and I had the cash to buy it. Whether it was a true Rapido or not didn't really matter to me as I'd have bought it regardless. Mine certainly doesn't have the plaque. I need to reach out to Rapido and see what the deal truly is. Last thing I want to do is eventually sell the car and claim it as a Rapido when it is not, saves a ton of embarrassment lol... The original plates said RAPIDO - now I'm wondering if it was just owned by someone with some type of link to Rapido, because registration was originally in California (I recall Rapido originally being in California, no?) and there's got to be some type of relation. I'll have to investigate. Either way, the car has all the goodies minus the plaque and wing... including intercooler with correct trunk emblem, dual stainless exhaust, suspension, wheels, steering wheel, luisi shifter, it's a comp shell (if you like that kinda thing), and looks extra, extra sharp, original and healthy with zero rust, 46k miles.

Might be too late today, but I'm gonna send Rapido an email with VIN anyway and see what info they have on it. Will call them on Monday. Maybe Russ Harness will even be nice enough to give me his 2 cents on the matter.

by merkurdriver
I believe I asked Russ 5-10 years ago and he indicated there was no record of VINs for converted cars. I had a 87 stage IV car with a T5 - I knew it had to be extremely rare, so I called him up just to see how many stage IV cars were done and the reply was "not very many"...that led to inquiring on how many cars...are the VINs recorded...etc.
You ***may*** be able to use the VIN through FLM network and find any additional costs tacked on to the car from new (?)

Since this thread went sideways and we're on the subject, here's the black 87 I had:

by DecalService
=( That's a shame, I haven't heard back on my email yet, but either way, I guess it is what it is. Now you've got me curious as to the history on this car, whatever it may be.

I wasn't aware that IV came with a T5! I should have known but that's news to me. Cool stuff.