Not sure I know what you mean Ed. Just where are you putting the meter probes?
Specialization is for Insects
Top

Some tops may have crud; scrape with the probe tip to make a good contact. (If all have crud, first establish continuity then switch to mmAmps.)

Ed, You won't measure anything with the probes like that.

A fuse is just a small strip of metal. Placing the probes across it won't measure anything. Unless it is a blown fuse.

To measure current the electricity has to flow through the meter.

The only way to do it is as I described previously.

You still may have a parasitic loss through the alternator and you have to test that separately as it is not fused in the fuse box.
Specialization is for Insects
Top

Sure it will. You can measure for continuity (ohm setting) and check for a bad fuse. Or measure volts on the voltage setting. But as stated above you don't want to blast a ton of current through one of those meters. For that you would want to use a clamp meter. 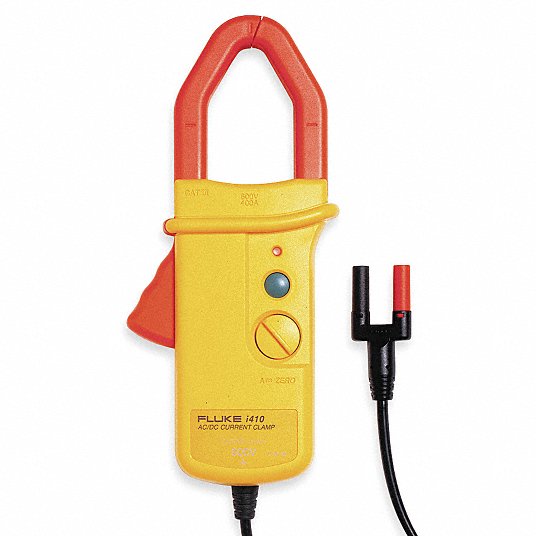 You do not pick Merkur, Merkur picks you.
Top

You can use the pull one fuse out at a time method (while watching current on meter) but that will take forever. Plus it's hard to watch the meter if it is near the battery. Plus it doesn't always work. Do like Ed says. Don't take the fuses out. Shut everything off, let things settle, then measure across each fuse for voltage drop.
You do not pick Merkur, Merkur picks you.
Top

andyofcolumbusmerkur wrote: ↑Tue Sep 21, 2021 7:32 am Sure it will. You can measure for continuity (ohm setting) and check for a bad fuse. Or measure volts on the voltage setting. But as stated above you don't want to blast a ton of current through one of those meters. For that you would want to use a clamp meter.

Andy - you don't know what you are talking about. We are not trying to measure continuity of the fuse, which is all that Ed's picture above can do.

We are trying to measure the small current that is drawn while the car is turned off. The clamp meters are very lousy at measuring small currents in the milliamp range which is what we are interested in.

The best way to do this is to remove the positive battery terminal and place the meter probes between the battery post and the disconnected positive terminal.

Set the meter to amps range at first to make sure the drain is not very large and it shouldn't be, If you are drawing more than 200 milliamps with the car off your battery is probably going dead in hours. Otherwise set it to the 200 milliamp range. You then have to successively remove each fuse. To see which circuit is contributing to the small current drain.

I have done this previously and as I recall I saw about 20-24 milliamps draw overall drain. This seemed reasonable to me. So I proceeded no further.

But if you are curious to know what circuits are contributing to the drain you can't do this without pulling fuses.

The reason you can't do this without removing fuses is because for the fuses that have power going to them while the car is off are all tied together on +12 volts.
Specialization is for Insects
Top

Andy - you don't know what you are talking about. We are not trying to measure continuity of the fuse, which is all that Ed's picture above can do.

You show us again and again that you don't know what you are talking about. Even a first year automotive tech knows how to perform a basic voltage drop test. It's quick and a good tool to add to your arsenal. Not sure why you are confused to what Ed said. Or feel the need to bash anyone. Sure pulling fuses works to. But on newer cars you have things like canbus, modules powering other modules, virtual power, things that are talking to other things etc. You don't want to upset various computers pulling fuses. Measuring voltage drop (yes you need to compare it to a chart to find the current since you are not measuring that) method is not perfect. Some fuses you can't probe very easily. It's not fool proof just another tool. Same with other methods. Watch all the videos by the humble mechanic (notice I picked that particular mechanic) and get back to us.
https://www.youtube.com/watch?v=lRcj1fQcWwU
You do not pick Merkur, Merkur picks you.
Top

Here's someone using an amp clamp to measure parasitic drain. Just another tool in the arsenal. They can be hard to setup properly.
https://www.youtube.com/watch?v=jnQ3qCYO684
You do not pick Merkur, Merkur picks you.
Top

Thanks, Andy, for the Humble Mechanic link and his link to the voltage drop-milliamps chart.

I like his style of video presentation and will check out his other videos.

FWIW "voltage drop" typically referred to a loss of some amount of voltage lost through a circuit due to factors such as poor connections, defective wiring, switches, relays, bulbs...

For parasitic drain testing at the fuses, I think we amateurs may understand voltage drop a bit differently in that the voltage is voltage measured between the fuse probes. Maybe this is the same--a voltage "drop" in the circuit--but thinking of it as voltage draw or difference between the fuse probes at that moment separates it from the list of things possibly causing the difference where the "drop" originates, which is investigated next. MTCW.

OK, I'll stand (a very little) corrected. However, the method in that video is not a very accurate approach.

Mainly because you are trying to measure the miniscule voltage drop across what is essentially a dead short of the fuse.

Anyone thinking they can do this with their freebee Harbor Freight meter (like in Ed's pictures above) will be sorely disappointed as it cannot measure millivolts very accurately.

Not to mention lead resistance and poor contact to the fuse.

Well according to the chart that could be anywhere from 19 to 38 milliamps. Which is it?

I've already told you the total drain on a normal Scorpio is only around 24 milliamps.

How are you going to measure if there is but a slight increase of only a few milliamps somewhere?

The "voltage drop across the fuses" only works if there is a large drain happening - like > 100 milliamps. Like when the battery dies in a day or so.

But if you want to talk about a Scorpio that is killing a battery in 4 weeks versus 2 weeks then you have to be able to measure down to the milliamp.

The pull fuse method will give you a very accurate milliamp measurement that you can pull off even with an inexpensive Harbor Freight meter.

There are many positive comments for that video, but there is one by Robert Barker trying to figure out why his Vette is killing the battery in 10 days where he indicates the method does not work. Hopefully I have explained to you why that is.

As for the clamp amp meters, the gentlemen mentions in the beginning of above video "a challenge to calibrate".
I have a clamp meter. I'll zero it for a measurement. But if I breath on it or move around it will change by +- 20 milliamps.
Last edited by brokencase on Wed Sep 22, 2021 3:12 pm, edited 3 times in total.
Specialization is for Insects
Top

You can be such a high brow...

A few months ago NOVA on PBS examined why the Hindenburg erupted in flames.

Scientists explored what occurred and why it occured.

Scenes showing the team in their lab are attached.

You'll notice in your picture he is measuring microamps.
Specialization is for Insects
Top

There are many positive comments for that video, but there is one by Robert Barker trying to figure out why his Vette is killing the battery in 10 days where he indicates the method does not work.

One tech commented that he eventually found the parasitic drain in the battery itself after removing and leaving it on a workbbench overnight and in the morning finding it lost a bunch of CCAs.

Re "dead short in the fuse" that term seems wrong. Using MM test probes on fuse tips only bypasses the fuse wire. No dead short is created, only a currebt bypass.


No Ed. There is no "bypassing" occurring. The fuse is just a piece of wire. Touching the two contacts on the back of the fuse is the same as touching the blades of the fuse.

They are measuring the voltage drop across the fuse. They are treating the fuses like resistors. The problem is fuses have such low resistance "like a dead short" that the voltage drop is so low as to be very difficult to measure with a DMM.

What is the resistance of a 30 amp fuse?

From the chart cited .1 millivolts and we have 19 milliamps

Now try to measure the resistance of a 30 amp fuse with your harbor freight meter at the lowest resistance setting.
But before you do that touch the probes together and see if it will display 0 ohms first.

I'll bet you can't get your meter to display 0 ohms when you short the probes together. It will display something like 0.5 ohms.

Just like this, most DMMs cannot measure the really tiny voltage drops across the fuses.
Specialization is for Insects
Top
Post Reply
60 posts