Great! I figured you'd have a solution.

Brings up a question on an earlier (pg. 1?) quote that its not the same as the Bronco II sender. Just looking at RockAuto, looks like TS36 is the same (used for a variety of Fords since 1969 - 89). Not the same, or something special for Scorpios? Can pick up one locally.
Top

brokencase wrote: ↑Sat Jun 15, 2019 2:10 pm Always search ebay for keywords "Ford Scorpio" and then with "Merkur Scorpio"!
What would you guys do without me?

Don't be scared of the locations...the items will arrive.

That's how I find many parts, if Jeff Herson doesn't have something. If its on eBay, you're in pretty good company... if you're buying from some Joe in the UK running a Cosworth pick-and-pull or such, you don't know what you're gonna' get.
Top

Forget the one from RockAuto or the Bronco. Scorpio is special and RockAuto is wrong.

The only problem with the stock sensor is that it will eventually fail again. So you might want to order two of them.
The reason they fail is because they sink a lot of current. The thermistor material inside the sensor eventually "cooks".

That is why there is the alternative solution discussed in this thread. The Arduino solution is also calibrated so you will know the actual temp.
Top

Bought 2 from Latvia, cost about $19 including shipping. Took a couple weeks. Haven't had a chance to install, but they look well made.
Top

brokencase wrote: ↑Sat Jun 15, 2019 5:24 pm Forget the one from RockAuto or the Bronco. Scorpio is special and RockAuto is wrong.


( x 2 ) The Scorpio sender is unique and nothing else in the North American market matches it.
-Mike

I got mine from Latvia also. I also had not had a chance to install.

Which ones (what color ring) did you guys get from Latvia? The color ring is relative to the temp range in European Ford land.
I've found the ones with the red ring to be pretty accurate for the NA Merkur Scorpio gauge cluster.
(Have them in stock here in the US for $9.95 + shipping)
-Mike

The one I got from Latvia worked fine. 190F center of gauge. Don't recall any color.

It would not make sense if they made them in any variation. Think about it. You only want to see something like a standard 150-240F range on a coolant temperature gauge no matter what engine the car has in it.

Thus the only reason they might have different sensors is if the gauges in the cars were somehow different. I think that is unlikely, given that these are advertised to fit Scorpio.

Even if this style of sensor was used in various models of that era - it would be foolish for the manufacturer to make them with different responses from just a logistical standpoint.

It's like the ECT sensor that the EECIV uses, It would be chaos if the ECT's were different between models of that era.
Top

Yes, different color coded senders for the different gauge clusters. More era-specific than temp specific, but the "wrong" one will give an inaccurate reading.

Once Ford stopped calling it Granada Scorpio and it was just known as "Ford Scorpio" it had this cluster (and a different temp sender): 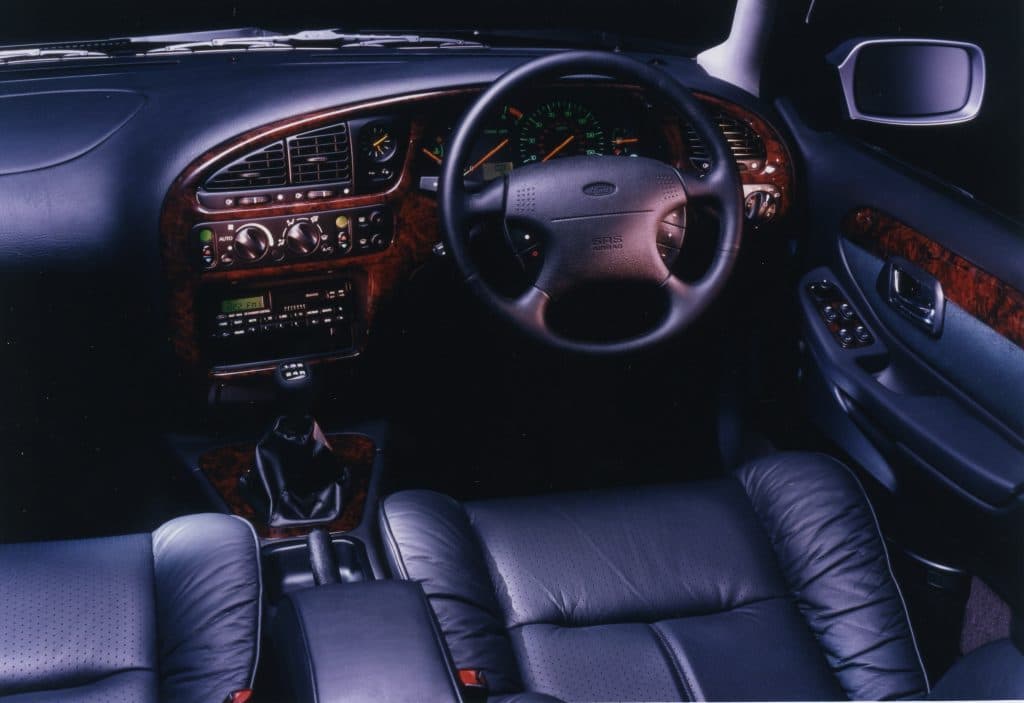 I'm sorry, you haven't convinced me. I don't believe they are any different.
It would just be fool hardy for them to make various different temp gauges sensors in the same physical package with various responses for different models.
Top

But you can't say that can you? All you got is voodoo speculation. Give me some real data....and no, a picture of the later car dash doesn't cut it.
Top 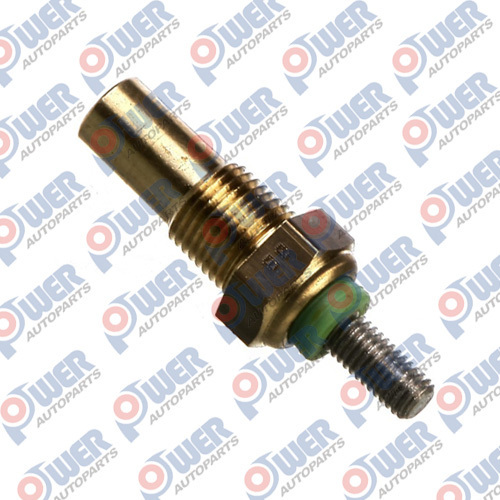 The two I ordered have green bands. Hoping to install one in the next couple days; I'll get back with comments on what it displays.

Seems likely there'd be a reason for the different colored bands, though it appears the bands may just represent manufacturer, or country of origin?

My memory of US Ford parts numbers is the first represent years (e.g., E9 for '89), the last represents the vendor (e.g., AA or AB, BA and BB for four different manufacturers) and/or production location, and/or small revision of sorts. I presume its the same in UK, probably easier to understand as they start with the actual year.

The cross-reference I found for the brown-ringed one also included:

I might have another meter laying around to compare temps at a different point in the cooling system.
Top

They are all the same. The different part numbers/colors reflect different production runs or different suppliers. Let's take another vehicle from the same era like the the '88 mustang as an example. This listing on Rock Auto indicates a multitude of Ford part numbers that cross to the same sensor.
https://www.rockauto.com/en/moreinfo.ph ... 9&jsn=1126

If you look at all the sensors they sell for the model in question you will see there is a green one, a red one, and a black one...etc... They all work the same.
Top
Post Reply
77 posts